Levinsky Music (LM) is a distributed computer system developed by Marcelo Gimenes to support a sound installation called Embodied iSound premiered at the 2016 Peninsula Arts Contemporary Music Festival at Plymouth University. LM includes a smartphone app running on participants’ iOS devices and a server running on a desktop computer. The idea is that participants use their smartphones as musical instruments becoming, at the same time, audience and performers.

The app does not produce any sound itself. It just generates control data that is sent to the server, which is then processed and used to control a sound engine.

During the installation, participants will be asked to hold their iPhones while they move around the space where the performance takes place. They will be instructed to move smoothly and securely. Whilst they do so, data is generated by the gyroscope, an indoor location system and the tap of a button in the centre of the main/interactive view. For the indoor location system to work a number of beacons will be positioned in the venue, reason why the participants will be asked to authorize the monitoring and ranging of their position.

As mentioned, the use of the app is very simple. The participants just need to hold the phone, move around the performance space and tap the central button at will. It is expected, however, that the interaction with the sound engine will produce interesting, aesthetically pleasant results.

More information about the festival can be found on the website of Plymouth University Interdisciplinary Centre for Computer Music Research. 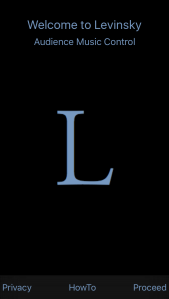 The Sherwell app was specially designed to allow the real time control of the music performance “Cage Without Borders” by composer Pierre-Emmanuel Largeron, to be performed at the Plymouth University’s 2016 edition of the Peninsula Arts Contemporary Music Festival, from 26 to 28 February 2016. The interface contains a number of controls, which allows users (members of the audience) to vote and choose specific musical features in real time. The app can be downloaded from Apple’s App Store. 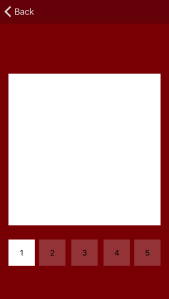